Our leadership team consists of a range of individuals bringing with them a wealth of experience and expertise. Our leadership team continue to cultivate an inclusive and diverse workplace where staff are encouraged to act responsibly, take personal accountability, embrace change and put the client at the centre of our business. Learn more about the BLME leadership team by clicking on their thumbnails below.

Return to main page Back 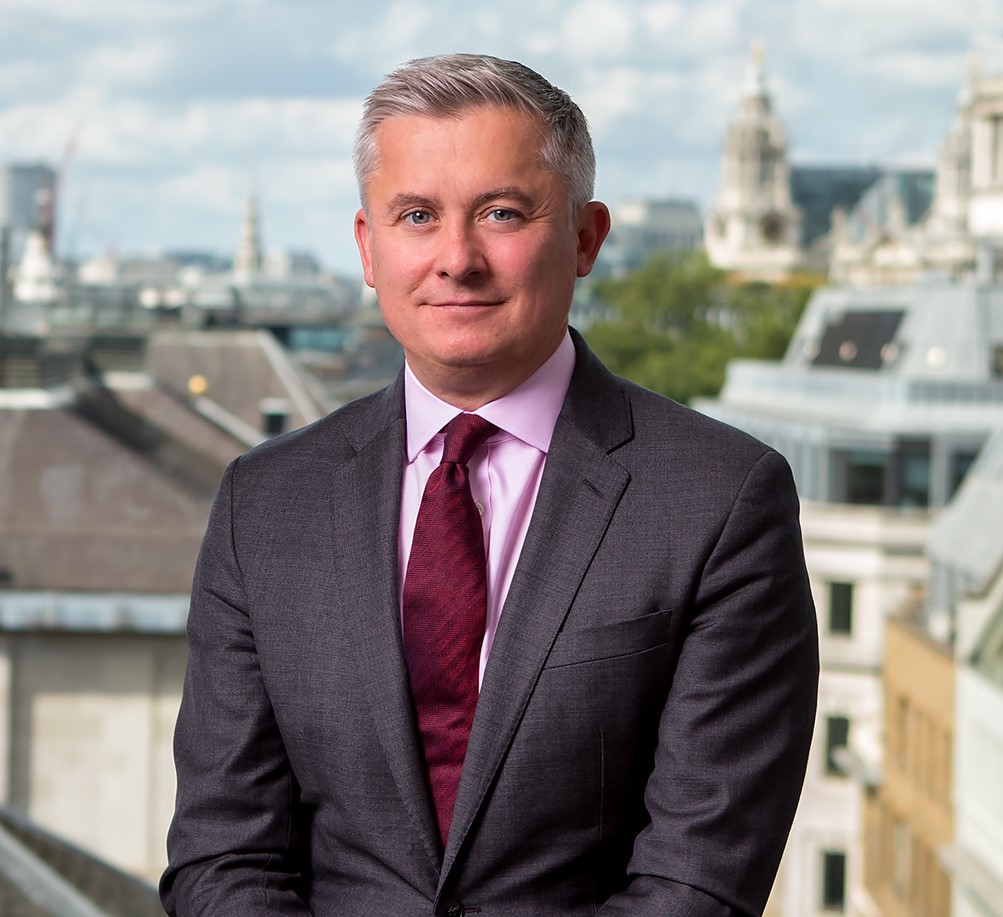 Andrew has more than 30 years of global experience in the Financial Services sector, specialising in Private and Retail Banking services. In 2020 Andrew stepped into the role of CEO. Having worked at BLME as Head of Wealth Management and Head of Business since 2015, he is uniquely placed to lead the Group as it continues to sharpen its focus on wealth management and real estate as its core offerings. Andrew’s motive continues to be creating the best possible outcome for clients. He believes success is achieved through focusing on the Group’s values, maintaining good governance and continuing to grow positive culture. In doing so, the BLME team remain empowered to provide exceptional expertise and service to our valued clients. Andrew is also a member of the Board of Directors of Walbrook Asset Finance Limited.

Before joining BLME in 2015, Andrew was Head of Strategy and Head of Retail Banking at International Bank of Qatar (IBQ). He began his career with Lloyds Bank in 1989, working onshore in the branch network as well as in the Offshore Banking Group in the Channel Islands before moving to Citibank International PLC where he held several roles including Head of Sales and Distribution. In 2004 Andrew joined National Bank of Kuwait as Head of Affluent Sales, after which he worked at Al Khaliji where he held several senior positions including Group Head of Consumer Banking and Head of Premium and Business Banking. 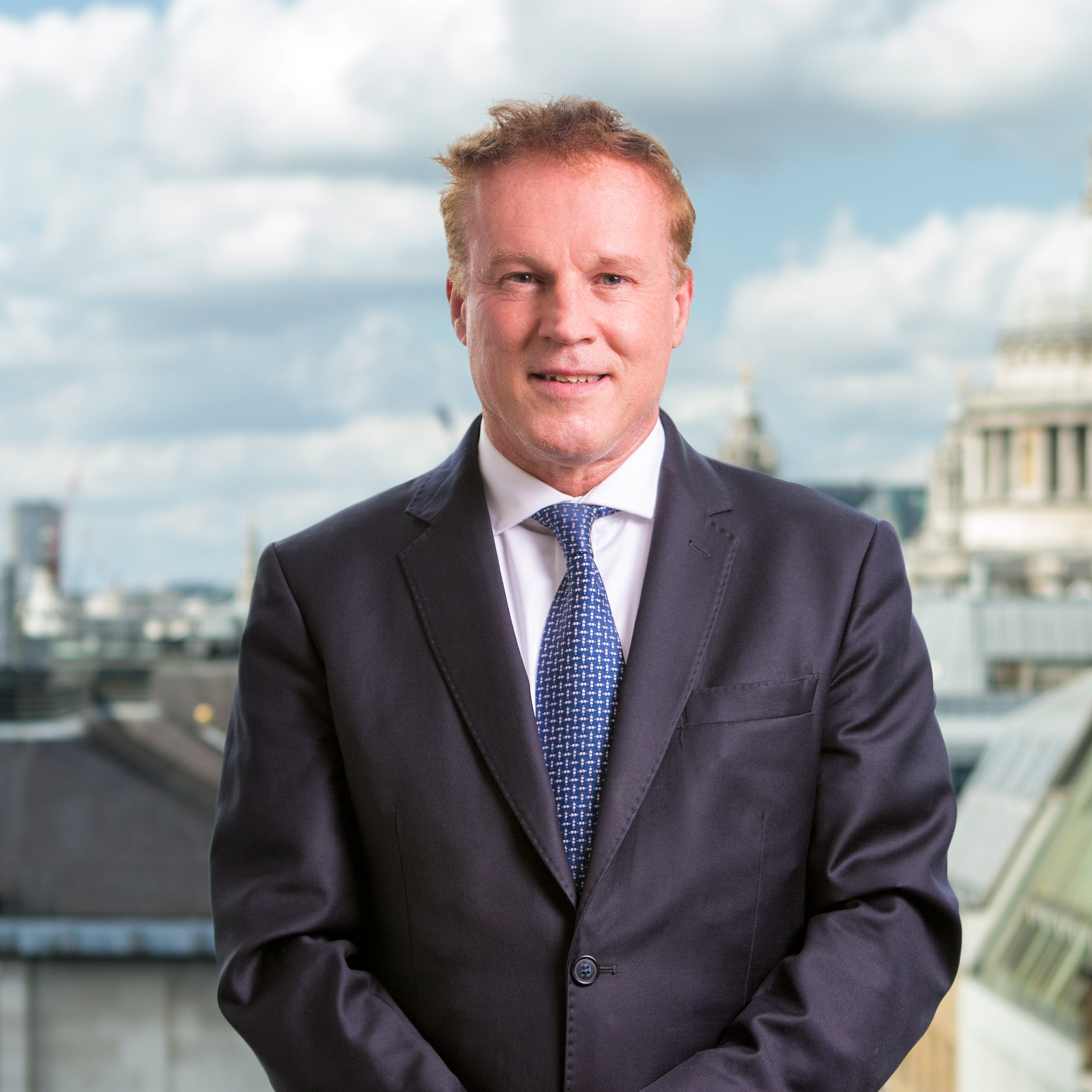 Chris has more than 35 years of global experience in Banking and Financial Services, specialising in Financial Control, Operations, Internal Audit and Risk. In January 2020 Chris was promoted to Chief Finance Officer and Chief Operating Officer having worked at BLME since September 2015. Chris is also a member of the Board of Directors of Walbrook Asset Finance Limited and MKL Construction Equipment Finance Limited. Chris was an integral leader in BLME’s strategy refresh in 2016 and driving the related projects to turn the Bank around into a consistently profitable organisation. Chris was also instrumental in the planning and execution of the Group’s share buy-back program in 2018 and the delivery of the acquisition by Boubyan Bank in February 2020. Chris is a graduate of the London School of Economics, qualified as a chartered accountant in 1986, is a fellow of the Institute of Chartered Accountants in England & Wales and holds an MBA.

Before joining BLME in 2015, Chris was Group Finance Director of the Board of CLS Group Holdings AG (“CLS”), the world’s foreign exchange settlement utility. He began his career with Deloitte in London before moving to Hong Kong and progressing to Senior Manager and heading up the Hong Kong Banking and Securities Group. Chris joined the ABN AMRO Banking Group in 1994, where he held various senior control, compliance and finance positions whilst working in Hong Kong, Thailand and Brazil. This culminated in Chris heading up the control function for South America and joining ABN AMRO’s Top Executive Group as a Corporate Executive Vice President, prior to joining CLS in 2008 as Chief Financial Officer and then being promoted to the main Board. 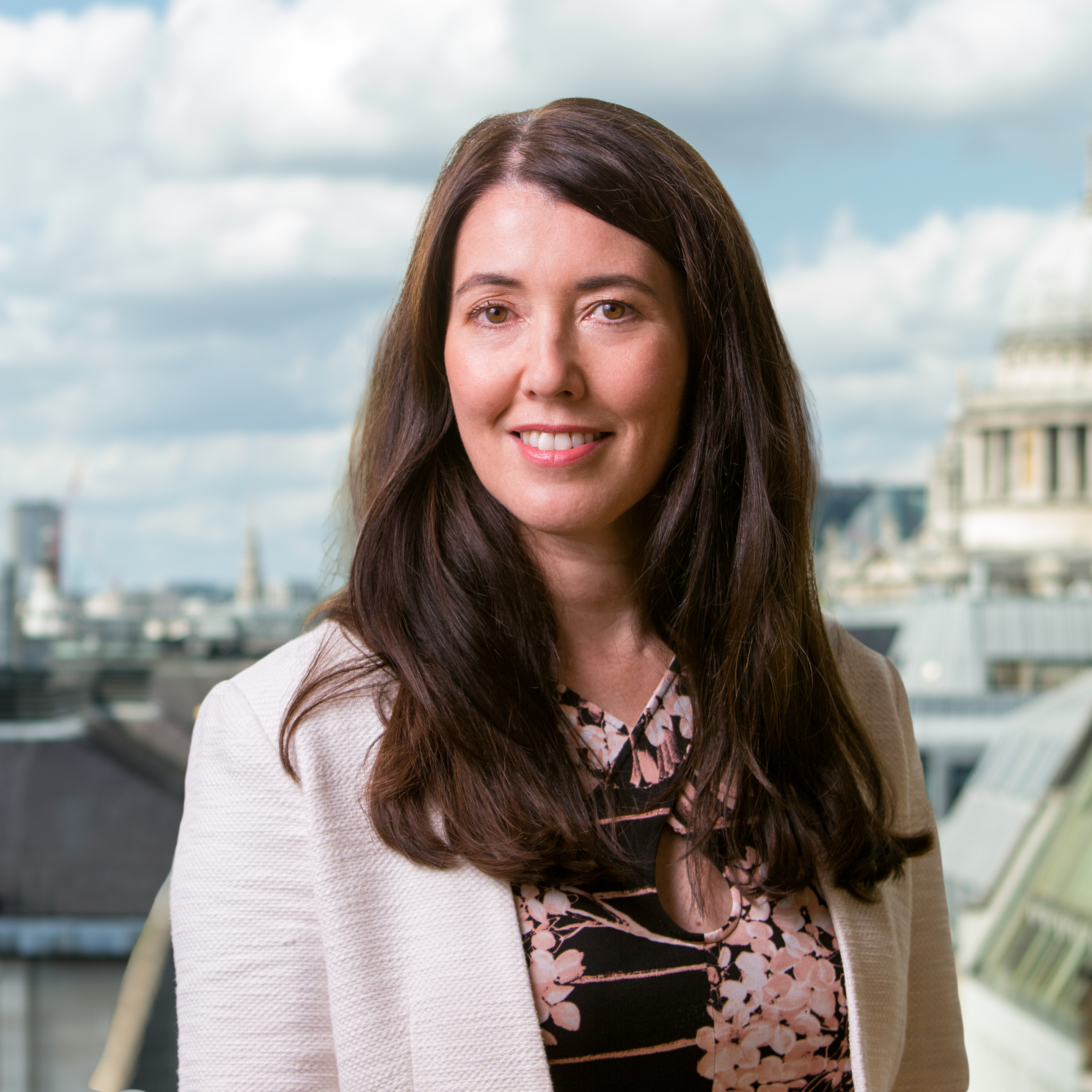 Tracey is a HR specialist with a passion for people and for achieving business results through an engaged workforce. In her role she is responsible for creating and leading on employee engagement and development programs, implementing reward and talent management strategies, and reinforcing a strong company culture. Tracey also leads our corporate communications, ensuring internal and external audiences are kept updated on the Bank’s work.

In addition to her role at BLME, Tracey holds a voluntary position as Chair of the People Platform for the Association of Foreign Banks and is a member of the CIPD. She holds a Bachelor of Education and Bachelor of Arts from the Queensland University of Technology, and a Masters in Applied Linguistics from the University of Southern Queensland.

Tracey previously worked in Indonesia, Malaysia, and the United Arab Emirates where she focused her career on a broad range of human resource functions in the education, hotel, and aviation industries. After 13 years in Dubai with Emirates Airline, Tracey relocated to London in 2012. After taking time off following the birth of her daughter, she moved into the Banking and Financial Services industry and enjoyed HR roles at both Capital Group (Asset Management) and Lazard (M & A Advisory) before joining BLME as the Head of HR. 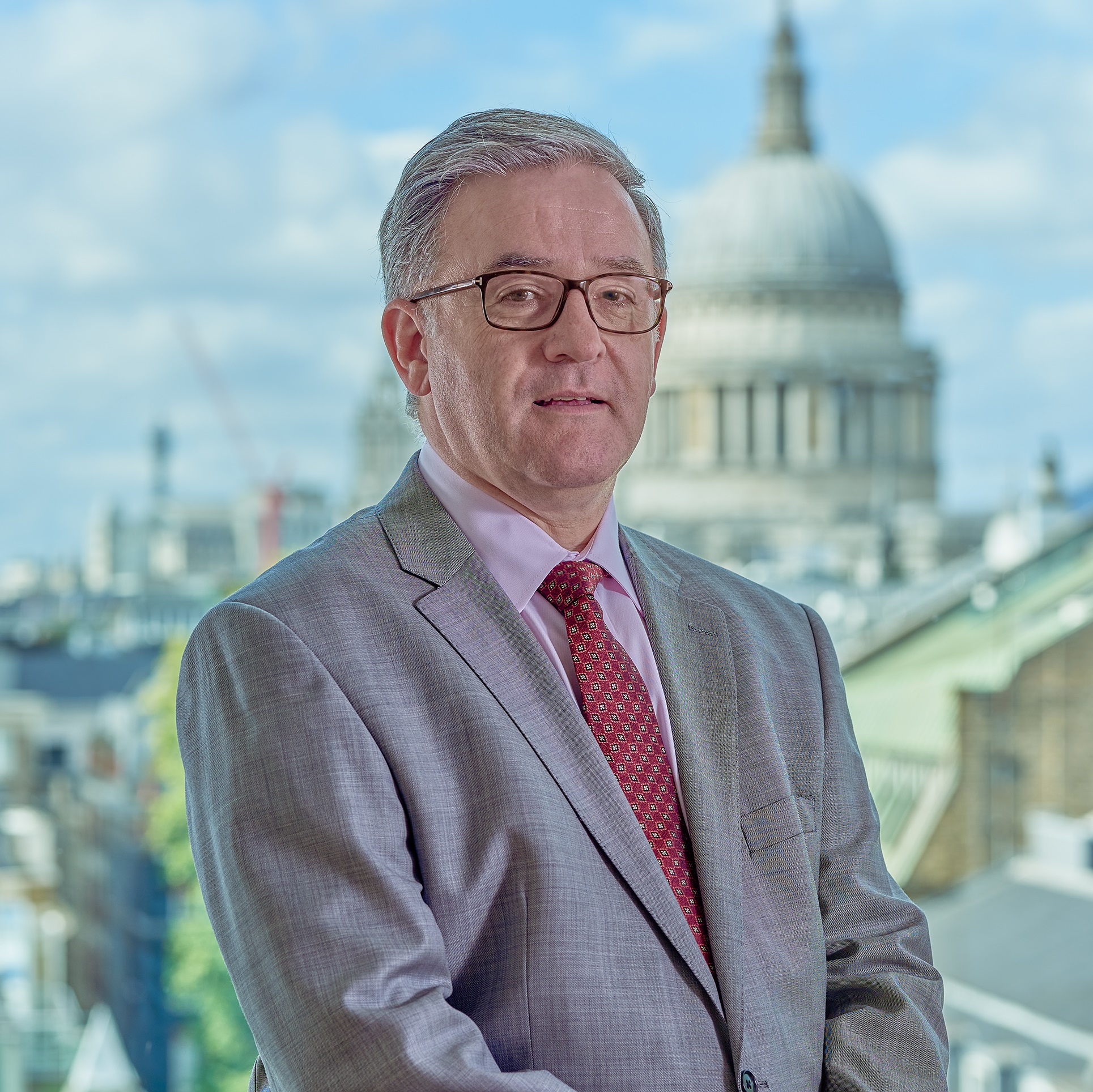 With more than 30 years’ experience in the banking sector, Mark has a comprehensive understanding of financial markets having spent his career entirely within a Treasury environment, across both conventional and Islamic banking models.

Mark holds two key roles at BLME, serving as Head of Treasury, and Head of Change Management. His Treasury responsibilities include the management of the Bank’s liquidity, formulating key aspects of the Bank’s Policies, and liaising closely with external bodies, banks and regulators in order to keep pace with a rapidly developing regulatory landscape.

Mark began his career in banking at The Royal Bank of Scotland, working in Treasury Support Services. He joined Banque Internationale A Luxembourg (BIL) in 1989, starting as a trainee dealer, working his way up through the Treasury team. He also played a key role in the transformation of BIL to Dexia Bank London when Dexia acquired BIL in 1999, reaching the position of Assistant Director. He joined BLME in 2007 as an Assistant Director, before being appointed as a Director and Head of Treasury a year later. 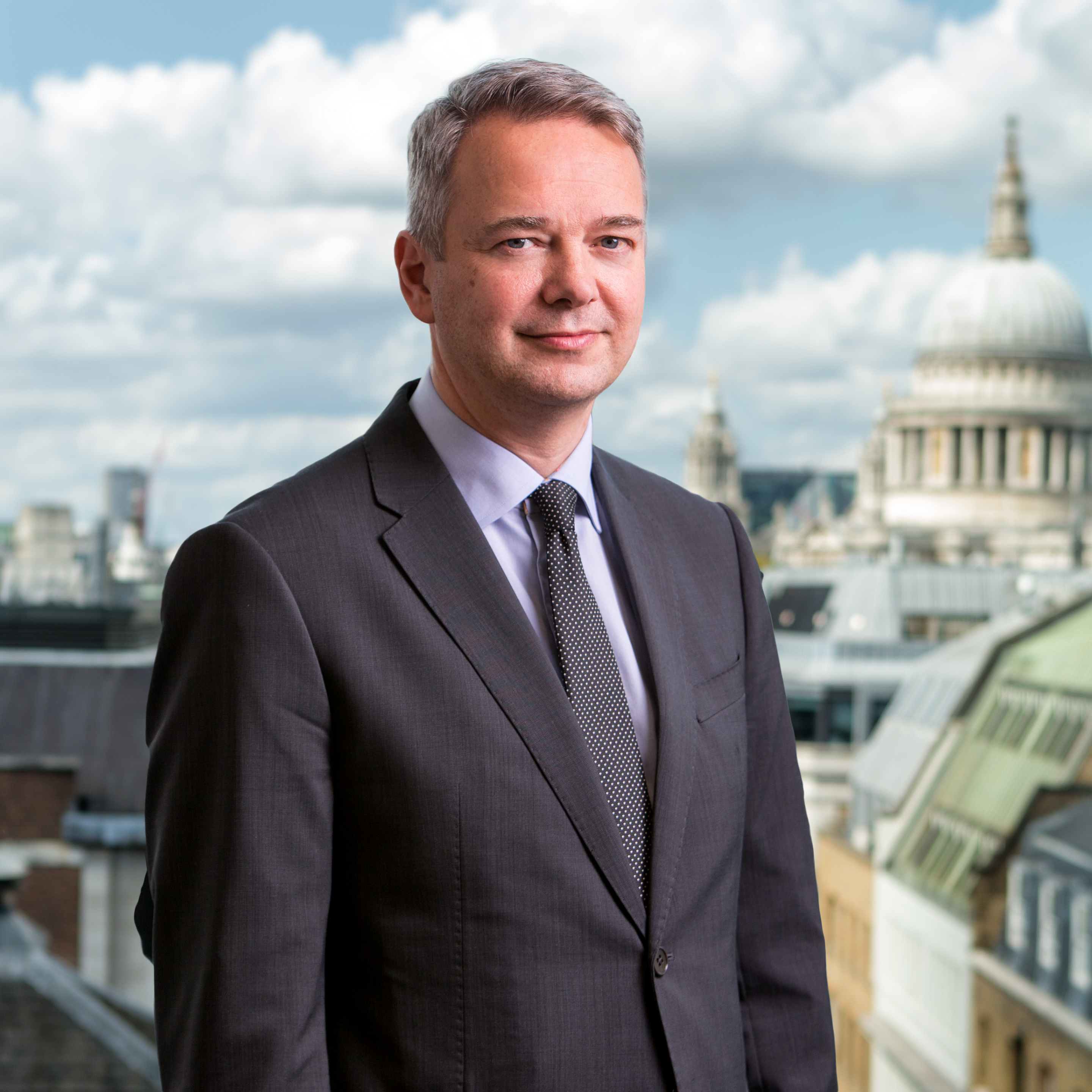 Gareth has over 30 years’ experience working in banking and finance, having held senior roles across Risk and Compliance. Extensive time spent in both larger and smaller organisations have provided a valuable insight into the effective management of risk, whilst always remaining focused on fair outcomes for customers through good conduct. Gareth holds a First Class Degree in Banking, is professionally qualified up to Associate of the Chartered Institute of Bankers (ACIB) and is approved by the UK Regulators under the Senior Manager Regime. He provides volunteer mentorship through Future Frontiers, helping pupils from disadvantaged backgrounds fulfil their potential at school and in the workplace.

Prior to joining BLME in January 2020, Gareth held the Chief Risk Officer role with Qatar Islamic Bank and was Executive Director on the Bank’s Board for just over 4 years. During his 12 years with Royal Bank of Scotland, he held various senior Risk roles, including COO, Head of Risk Transformation, Head of Credit Policy and Senior Credit Management within the Corporate & Institutional Banking, Investment Banking and Distressed Debt Divisions. Gareth began his career gaining a good grounding of Banking with various appointments in Barclays Bank, then Close Brothers Merchant Bank whilst studying for his Banking Degree. 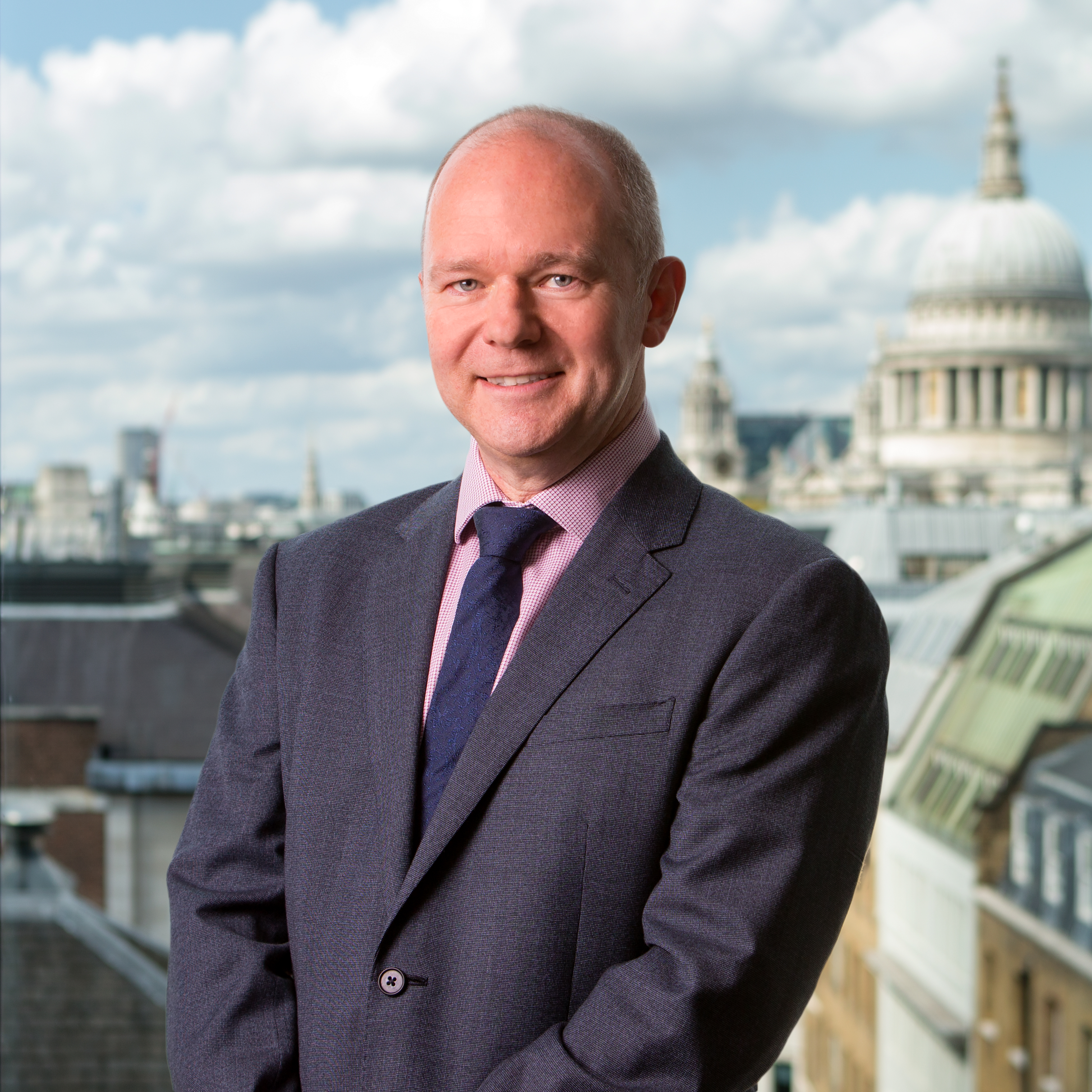 Andy has 25 years of experience in real estate finance having worked in investment banking, corporate banking, real estate advisory and challenger bank businesses.  He has held senior banking roles in origination, credit, restructuring and portfolio management.  Andy leads a highly experienced team of real estate finance bankers and is passionate about building strong client relationships and delivering innovative, ethical and competitive debt solutions to clients from the GCC region and the U.K. who invest in and develop residential and commercial property.

Andy is graduate of the University of Glasgow and is a Member of the Chartered Institute of Bankers in Scotland.

Prior to joining BLME in 2021, Andy was Head of Real Estate Finance at Secure Trust Bank plc.  He began his career with Bank of Scotland in 1990, where he worked in roles within Corporate Banking, Treasury and Real Estate Joint Ventures and then worked in RBS focussing on high value complex real estate transactions.  Andy also worked with Pepper Financial Services within Commercial Loan Servicing and headed Avison Young’s Debt Advisory business, which included debt broking and providing real estate advice to public and private sector organisations.

Simon returns to us here at BLME to spearhead our outsourcing & procurement functions, day-to-day operations, IT infrastructure, and facilities management. 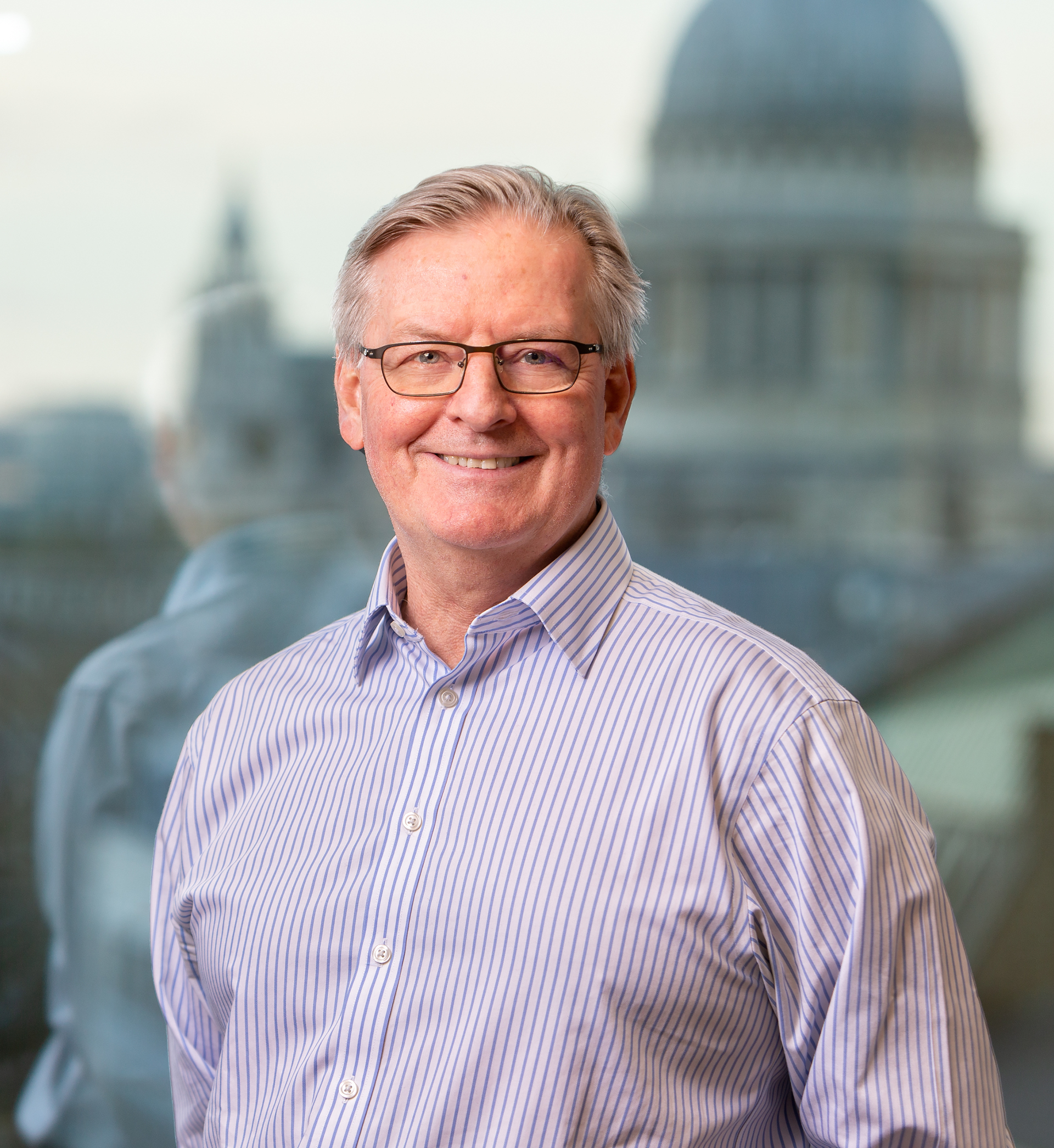 Sean Gilchrist joined BLME in August 2021 as CEO of Nomo, our digital banking arm. He brings with him over 30 years’ experience in financial services, 20 years of which have been in the digital space, servicing retail and commercial customers. Digital transformation and turnaround have been key features of his most recent senior roles. He has pioneered digital strategy featuring disruptive and award-winning technology initiatives, and he was recognized as Digital Leader of the Year at the Digital City Festival. Outside of work, Sean is a keen sportsman, with golf and skiing top of his active hobby list.

Before joining BLME in 2021, Sean was Chief Digital Officer of the Co-operative bank leading their transformation to become the “digital ethical bank.” He has led and grown digital services at Lloyds and Barclays Bank, transforming digital services across their respective retail, wealth, and corporate banking sectors. Sean also worked with the Foreign, Commonwealth and Development Office helping them drive their digital transformation.

Best Islamic Bank in the UK by World Finance

Best Islamic Bank in the UK by Islamic Finance News

News The latest news about BLME
Contact Us Have a question? Contact us
Mortgages Our Buy-to-Let Mortgages
Transition from LIBOR What you need to know